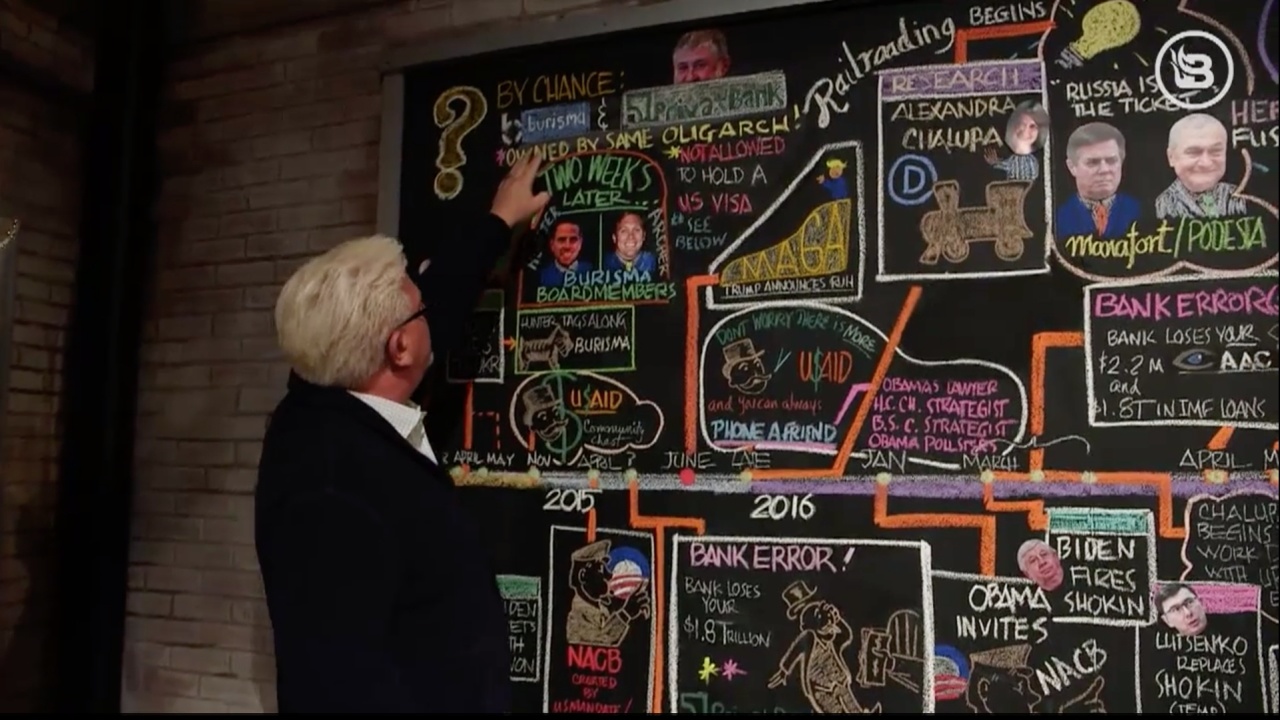 Hunter Biden is finally coming out of hiding and will be doing an interview Tuesday morning on Good Morning America and make no mistake about it, this interview never happens without you. The media would have been content to let this story be and it never would have reached this stage without your demands for answers.

The media will put in as little effort as possible on this, you know it and I know it and you will not hear the hard hitting questions I would ask. So as you watch this "hard hitting" interview tomorrow, read through these questions and see if GMA comes anywhere close to doing their job.

In 2010, Joe Biden met with the Chinese President in Washington as part of the Nuclear Security Summit. At the EXACT SAME TIME, Hunter Biden was in China with his two business partners: John Kerry's stepson Christopher Heinz, and Kerry's former campaign finance manager Devon Archer. The three of them met with executives from China's biggest banks, and it's sovereign wealth and social security funds. Biden's company was BRAND NEW. It had no business securing these meetings with Chinese State run entities. Was this meeting granted because daddy Joe was making deals with the Chinese President? Do you consider this corrupt or merely the APPEARANCE of corruption? Either way, Vice President Biden should have been held accountable.

In 2011, Joe Biden met with Chinese officials for the U.S.-China Strategic & Economic Dialogue in Washington. Then, just two weeks later, Hunter Biden and his partners met in Taiwan with the same Chinese financial giants they met with in China in 2010. Hunter Biden's company was less than 24 months old. How was it given this access? Was this meeting granted due to deals that Joe Biden made with China two weeks earlier?

In 2013, Joe and Hunter Biden both flew to China aboard Air Force Two. Joe Biden met with the Chinese President for over five hours. Ten days later, Hunter Biden's firm signed a one point five BILLION dollar deal with the most powerful financial institution in China. Can Hunter explain how all of his business in China mysteriously occurs around a high level meeting between his father and the Chinese leadership? Can he explain how a nobody firm, that's brand spanking new, is scoring deals that the largest and oldest firms in the U.S. couldn't secure? Again I ask… is this corrupt or just the APPEARANCE of corruption?

In March 2014, Joe Biden was named as Obama's point man for Ukraine. Just one month after that appointment, despite have next to ZERO background in energy, Hunter joined the Board of the Ukrainian energy company Burisma. During a 16 month period, Burisma paid over three million to a bank account associated with Hunter's business. Did Hunter's appointment have anything to do with Joe Biden running point for Obama in Ukraine? Joe Biden helped coordinate Ukraine's energy and anti-corruption policies that directly affected Burisma. Were Hunter's appointment and 3 million dollar payment a gigantic bribe?

Just before Hunter joined the Board of Burisma, the Oligarch that led the company had his assets frozen by the British as part of a corruption investigation. Ukraine would open up their own investigation later that year. Why did Hunter join a company that was being investigated for corruption? Joe Biden would later pressure Ukraine's President to fire the prosecutor that was undergoing the investigation into Burisma. Did this have anything to do with Hunter's affiliation with Burisma? Did Hunter ever speak with his father about this?

Morgan Stanley financial records show multiple payments, originating from anonymous companies in Ukraine and China, going to the account of Hunter Biden. Will Hunter disclose who was paying him from Ukraine and China and why? Did any of these entities benefit from the policy moves made by Joe Biden? Was Joe Biden aware that these payments were being made while he was dealing with leaders in Ukraine and China?

So what do you think? Did they ask any of these questions? Yeah, I didn't think so.