KEN: So much of the early Stack of Stuff for the first segment of the show talked about our great law enforcement -- the men and women of law enforcement -- and how the ignorance of the far left and some of these progressive policies are making it so hard for them to do their job, and there is a story you may have heard.

If you haven't, we're gonna share it with you now because we have someone from the story that will speak with us in a moment. There is the father of a teenaged girl who was killed by police in a shoot-out. She was with a friend, she was killed by police, and the father invited the police chief to speak at the funeral. He called us yesterday.

We are going to speak with Mr. Rauch right now, and I'd like to welcome you, sir, to the EIB Network.

KEN: Thank you so much for being on. My heart is so heavy having read your story and then, I don't know how your heart is so big that you were able to extend an invitation to this police officer to the funeral. Would you like to share how that kind of happened and why you did it? It was a beautiful thing.

RAUCH: Yeah. Absolutely. I mean, I'm sitting here right now with my daughter in my lap and her ashes, and there's so much love for her and her whole struggle that she went through in her life in these last four years as a teenager. And I just wanted to also throw in there my hat's off to all the 12-step programs on this planet because they help people like us that have recovery issues, you know, addictions and what have you.

And (sigh), you know, February 28th, Sunday, around 6 o'clock p.m., I get a door knock at my door. I'm living in Blair, Nebraska and (sigh) it's two police officers. And they ask if they can come in, I'm like, "Yeah." And they come in. And they break the news that my daughter was just killed by the police in Muskogee, Oklahoma. 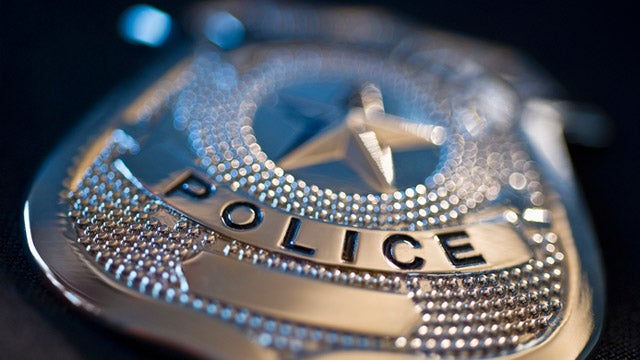 And at that moment, you know, I felt like I was being lifted two feet off of the ground and just kind of floating in the air. I really didn't know how to react. But I'm gonna tell you one thing. I didn't instantly go right to, "What are those police? They messed up! What did they do. What was wrong with them. You know, this is ridiculous." I didn't go there at all.

Instantly, I just went to... I wanted to know what happened, because I understand what my daughter was going through, and she did have a gun -- her and her boyfriend -- and she pointed it and she shot at the police. So the police were doing their job. And the two officers that told me this in Blair were so kind. They sat with me for 2-1/2 hours in my house 'cause I was alone.

My 14-year-old boy is in the other room, and they knew this is like a heavy thing, and they already began their kindness. So that set a beautiful tone, and then they gave me the phone number to Chief Teehee in Muskogee, Oklahoma. And I called him a few hours later because he was busy on the scene and spoke with him and was just asking him questions, and he was telling me.

He was so honest and forthright, telling me everything that he knew that went on. And then in the income tax couple days we continued conversations because the I had more and more questions. 'Cause I'm a private detective, and so I have lots of questions, and he just answered every one. He was just so forth right. And then like the third day of talking to him it just...

He was telling me how his other officers are devastated for shooting this 17-year-old, beautiful young girl. And they didn't even know, you know, 'cause they had hoods on or whatever, and they're devastated. They've been... I don't even know if they're working yet, and they had teenaged daughters too, and he was telling me that. And I was like, "You know what? I just... I have this inkling inside me.

"I -- I really want you and the officers to come to my daughter's funeral," and he was like dumbfounded. He was taken aback. He said he'd been a police officer for 35 years, and never once has he ever heard anything like this, and he didn't know how to handle it. And he said he'd get back with me. But he said, "You know, I'm telling you right now, for you to be able to forgive us, that already gives us the green light to just forgive your daughter" --

KEN: I saw the photograph of you two crying and hugging, and I thought, "God, more people need to hear what you have to say, because you are proof of love and forgiveness and how it works," you know? I just thank you so much for taking time to talk with us today.

About The Rush Limbaugh Show