BRETT: John Boehner. It's been a while since you thought about John Boehner, right? Well, John Boehner, the former Republican House speaker, has written a brand-new book. He clearly has no plans to have lunch with any Republican soon given his tone and tenor for everyone with an R next to their name, let alone being a conservative Republican.

He even takes on Rush and you in his forthcoming book. I'll spare you spending the $18 and read you an excerpt of his words that are incredibly relevant right here. This is from Boehner's forthcoming book: "Mark Levin was the first to go on the radio and spout off this crazy nonsense. It got him ratings, so eventually he dragged Hannity and Rush to Looneyville along with him.

"My longtime friend Roger Ailes, the head of Fox News, was not immune to this. He got swept into the conspiracies and the paranoia and became an almost unrecognizable figure." John Boehner experienced a change in his last years of public service. That's an understatement. Rush explained it best. What happened to John Boehner? 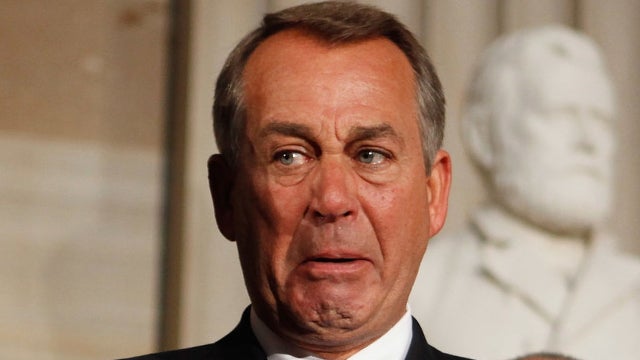 RUSH: David, South Side, Chicago, great to have you next on the program, sir. Hello.

CALLER: Good afternoon. Thank you for taking my call.

RUSH: Well, yeah, but I don't think that's the explanation. It happens to too many people up there. Once again, let me cite for you O'Sullivan's Law: Anything that is not actively conservative every day will eventually become liberal. Boehner was a ranking leader in Mr. Newt's leadership. I mean, that was as pedal-to-the-metal conservative as you can get. And then, I mean, let's face it, the budget battle of 1995 just destroyed a bunch of these guys, David. It just destroyed 'em. And conservatism is constantly under attack, and one by one, the leadership in Newt's group began to fall away, one by one.

I think they got bit by what the dominant culture, political and social, in Washington is. Now, I know the simple explanation that people would like is there's blackmail going on or that there's some shaming going on or what have you. I think it happens gradually and a little bit more subtle than that. And at the root of all of it is going to be donor money.

BRETT: That's it. That's it. The root of all of it is the donor money. That's how you get where you want to go.

About The Rush Limbaugh Show